Few films send shivers down the spine in the same way as DELIVERANCE (1972) so it was an honour to introduce the Cinemaniacs’ screening of DELIVERANCE on Saturday 12th October at Backlot Studios in Melbourne, Australia.

Want to know more about the event? Visit the Cinemaniacs’ website and start a curated journey into cinema history…

Following the success of their inaugural film festival in January 2018, ‘You’re a vile sorry bitch’ – A Celebration of Hagsploitation!, Melbourne’s premier film retrospective collective, Cinemaniacs, is going full horror with a tribute to the late, great iconoclast, Tobe Hooper.

Beginning with his groundbreaking debut feature film, The Texas Chainsaw Massacre (1974), the festival will survey seminal Hooper moments, including two films that I’m excited to be introducing – Eaten Alive (1976) and The Funhouse (1981). Lee Gambin, Sally Christie, John Harrison, Alexandra Heller-Nicholas and Angela Ndalianis are the other venerable speakers who will be fleshing out his career.

‘My family’s always been in meat’ – A Tobe Hooper Retrospective takes place on Friday 11th and Saturday 12th January, Backlot Studios, Melbourne, and the programme looks something like this:

It was a pleasure to host a panel on bears in cinema following the Cinemaniacs screening of Prophecy earlier this year.

For those who weren’t in attendance, we created a Facebook live video that is now immortalised on the Diabolique website. Please watch it, and be aware that the screen will turn from landscape to portrait at about the three-minute mark.

Thanks to Lee Gambin, Clem Bastow and Christian McCrea for being so wonderful.

On Saturday 17th March 2018, I get to introduce John Frankenheimer’s little-screened eco-monster thriller, Prophecy, at the Backlot Studios in Melbourne.

Following the screening, I will be hosting a panel featuring a menagerie of experts – Lee Gambin, Clem Bastow and Christian McCrea – discussing the subject of bears in cinema. And that’s not human bears but actual bears with claws and fur all over them.

I highly doubt there’s been a screening and panel anywhere in the world quite like this one. Here is the video evidence of it.

Cinemaniacs Presents: “All of Them Witches” – The Devil in ’60s and ’70s Cinema

This event took place in March 2018 (see the preamble under ‘Continue reading’ below) and the results have now been posted on YouTube. Or you can watch it right here:

END_OF_DOCUMENT_TOKEN_TO_BE_REPLACED

Some people may call this sub-genre of films ‘psycho-biddy’, others may call it ‘Grande Dame Guignol’ but, however you want to say it, ‘Hagsploitation’ is not a dirty word.

I’m extremely proud to be presenting as part of the Cinemaniacs’ Hagsploitation Film Festival, in what we believe to be the first ever celebration of hagsploitation in the world.

On Friday 12th to Saturday 13th January 2018, a cluster of superb films that shines the spotlight on some of history’s most legendary leading ladies, bigger than the films themselves, will be screened at Backlot Studios in Southbank, Melbourne.

I am privileged to be speaking about Joan Crawford in William Castle’s under-rated Strait-Jacket (1964), although I’ll also be joining Alexandra Heller-Nicholas and Sally Christie to provide sweeping adoration for The Women of Hagsploitation in a panel discussion. 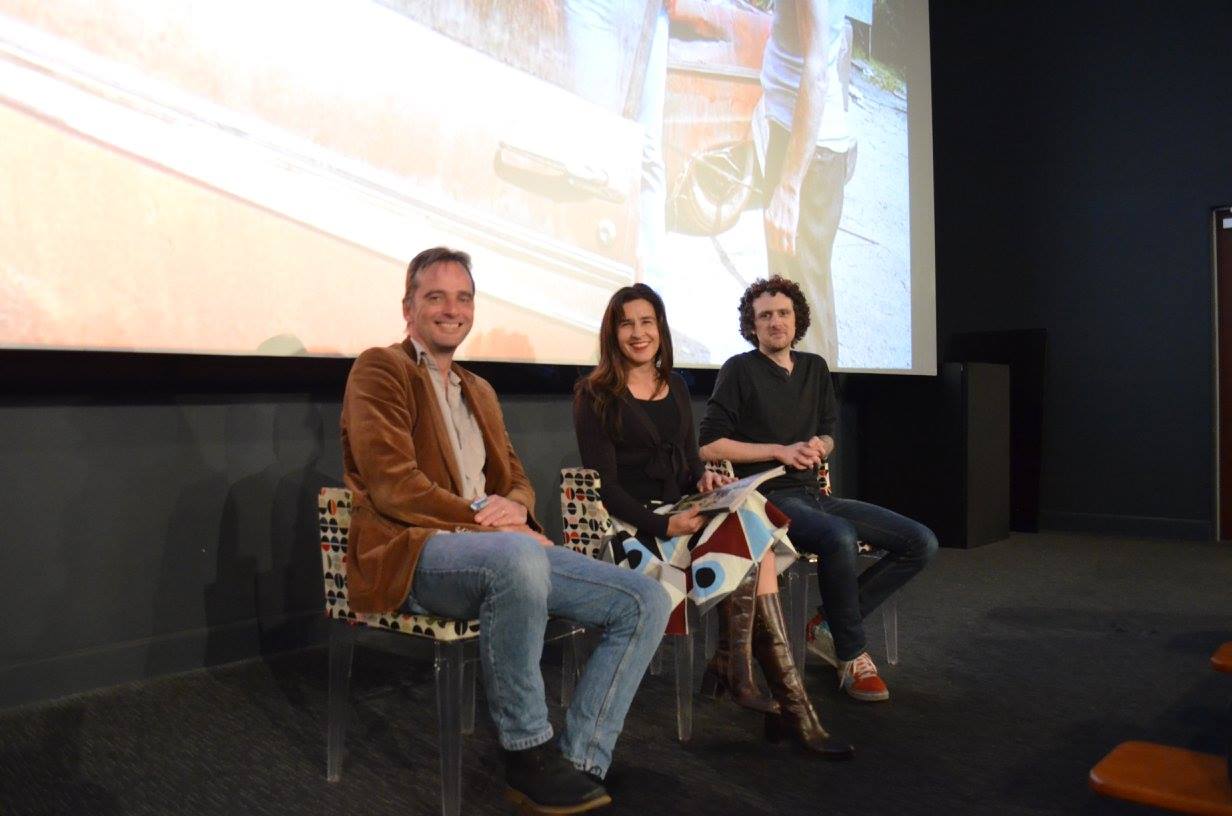 A trio of panellists – Dean Brandum (left, Assault on Precinct 13), myself (middle, The Thing) and Tristan Jones (right, In the Mouth of Madness) – stepped up to discuss the films of John Carpenter following a very special Cinemaniacs’ presentation of Christine on Saturday 8th July 2017.

We were pressed for time and, of course, we all had too much to say so, while the live audience got the gist of my blind adoration of The Thing, there was a plethora of information that never made it out of my mouth (of madness). Here’s the full transcript of the intended presentation for posterity…

With special thanks to my friend Lee Gambin for always trusting me with projects that are close to his heart.

END_OF_DOCUMENT_TOKEN_TO_BE_REPLACED

Cinemaniacs graciously asked me to do another presentation, this time for Stuart Gordon’s 1987 feature, Dolls. Following is a transcript of the presentation at Backlot Studios on Saturday 17th September 2016, complete in its unadulterated form with cues for slide cards… END_OF_DOCUMENT_TOKEN_TO_BE_REPLACED

Cinemaniacs’ presentation of The Fly

In September 2015, Lee Gambin and the wonderful team at Cinemaniacs in Melbourne, Australia, asked me if I would be interested in introducing their screening of David Cronenberg’s The Fly (1986)… END_OF_DOCUMENT_TOKEN_TO_BE_REPLACED