I was lucky to be part of Monster Pictures’ release of Julia Ducournau‘s RAW a few years back, in which there were masses of extras featuring venerable film critics such as Kier-La Janisse and Alexandra Heller-Nicholas. The extras from this one have now found their way to not one but two new Blu-ray releases of RAW – one from Scream Factory (Region A) and another from Second Sight (Region B).

Let me draw your attention to the one from Second Sight, though, because it’s a little bit special.

As well as all the juicy original extras, it’s got a heap of news ones (and beautiful cover art!) including a freshly cooked video essay from Alexandra, a perfect-bound booklet with new essays by Hannah Woodhead and me (Emma Westwood), and a new interview with Julia Ducournau by Lou Thomas.

That’s just a taste (pardon the pun) of what makes this special limited edition extra special. You won’t be disappointed if you decide to add this one to your Blu-ray library. Included on the Blu-ray release are a number of exclusive extras, including my audio commentary with Julia and our in-discussion featurette, Raw À Votre Goût.

Other extras include Quick Bites with my much-loved radio cohort, Alexandra Heller-Nicholas; Australian premiere discussion with Kier-La Janisse; and a whole lot of other delicious features.

All biases aside, this is one of my DVD releases of the year…

RAW in Conversation at Cinema Nova 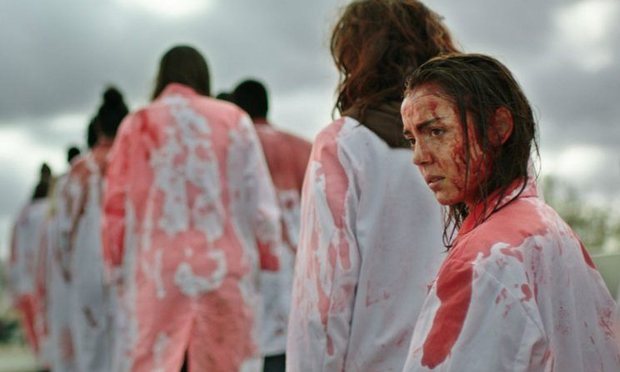 Join Cinema Nova in Melbourne for an advance screening of Julia Ducournau’s stunning debut film RAW on Wednesday 19th April, followed by a panel hosted by me and featuring Clem Bastow, Barbara Creed, Philippa Hawker and Cerise Howard discussing ‘horror in the eyes of women’…