Sandra Wollner is an Austrian filmmaker who’s gained some notoriety for creating a film that has been deemed controversial, THE TROUBLE WITH BEING BORN.

If you don’t know about this controversy, I won’t reveal anything at this point but, instead, let you listen to the interview that I conducted for Triple R’s Primal Screen program. You can hear the interview via the link below at approximately the 6:20-mark.

I’d encourage you to listen to the whole show, especially when Sally Christie, Flick Ford and I discuss THE TROUBLE BEING BORN post-interview and put our spin on this quiet, lonely and philosophical film. As Flick so perfectly articulated, “Representation is not endorsement.” 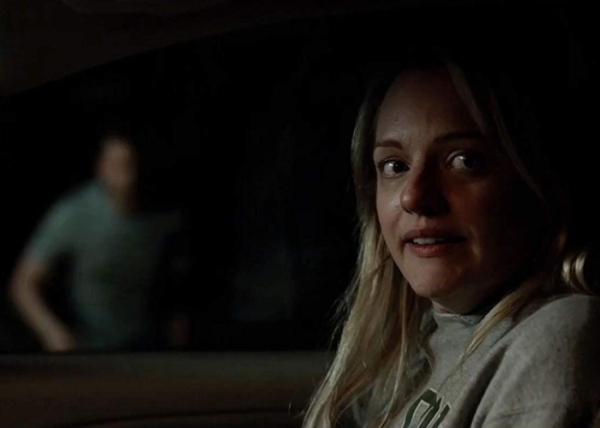 Triple R’s Primal Screen (formerly Plato’s Cave) introduced interviews into the show’s format in 2020, and I was lucky enough to speak with Leigh Whannell about his excellent take on THE INVISIBLE MAN concept.

Care to listen back to the interview? You can do so here…

Or why not enjoy the whole episode, which includes our critical dissection of the film…

Over the holiday break, while Plato’s Cave was on hiatus, I was asked by my good friend, Sally Christie, to join her and another good friend, Lee Gambin, (and his stunning dog, Buddy) on her special summer show on Triple R, Caught in a Celluloid Jam.

Sally used Caught in a Celluloid Jam as a forum to present some of her favourite topics/genres of cinema. The episode in which Lee and I participated focused specifically on satanic cinema. And what a hoot it was! I strongly suggest you take a listen and hear us rabbit on about approximately 20 films of the devilish kind.

But something else happened over summer… Plato’s Cave has changed!

Old faithfuls, Cerise Howard and myself, will be making the occasional appearance as guests but, in 2020, everything’s getting a makeover, including the show intro, which sounds something like this…

The final Plato’s Cave show on Triple R for 2019 heard Paul Anthony Nelson, Flick Ford and Thomas Caldwell pay tribute to the cinema of the twenty-tens with their 10 favourite films from the last 10 years.

Fellow spelunker Sally Christie and I were not on-air for this salubrious occasion; however, we still submitted our lists for the tally, which our co-hosts then ably presented in our absence.

Here’s what I chose (in alphabetical order)…

ARRIVAL (2016)
Profoundly original science fiction that rivals Close Encounters in the immensity of its concept and its cinematic clout. Big, beautiful, moving, important. And it even creates its own language.

DOGTOOTH (2010)
Released on the cusp of 2009/2010, this deserves inclusion on the ‘best film’ lists of both decades. At once horrifying and hilarious, with an unforgettable psychopath and an equally unforgettable dance sequence. And it even creates its own language.

DRIVE (2011)
The action film you get when you’re not getting an action film. Brilliant in its infuriatingly protracted moments of silence (and long, lingering looks), punctuated with explosive scenes of violence. Also features the best opening sequence of the decade.

ELLE (2016)
Utterly audacious in its depiction of sexual fetishism. It’s still hard to believe Paul Verhoeven and his team ‘got away with’ this film. But we’re oh-so lucky they did. All hail Isabelle Huppert – the most fearless actor on the planet!

GET OUT (2017)
Proof that horror is still one of the most important film genres. A game-changer in social commentary that had something new to say about liberalism and race relations. For that it deserves inclusion.

LA LA LAND (2016)
The revival of the musical? Maybe not, but still proof that cynicism in a cynical age can be powerfully undermined, screen magic is still possible and there’s nothing better than a love story well-told.

MELANCHOLIA (2011)
Just when you want to hate Lars Von Trier, he comes up with this apocalyptic masterstroke. Impressively vivid and spine-tingling, brought to life by stratospheric performances from Kirsten Dunst and Charlotte Gainsbourg.

THE SHAPE OF WATER (2017)
A valentine to mid-20th century American popular culture that bursts with sweetness, despite its flagrant sexuality. Finally, a heroine that does not need saving, a beast that is brutally sexy, and a film that is truly beautiful.

WHIPLASH (2014)
Damien La La Land Chazelle’s second inclusion on my list, a high voltage ride into jazz drumming and bullying that plays like an action film. Tense, tight and punchy. Gets my vote for the best finale of the decade.

On 2nd December, on Plato’s Cave on Triple R – a show in which I’m lucky to be involved – we counted down our collective Top 10 films of 2019, the criteria being that any film nominated had to be in general release in Australia for that given year (i.e. no festival exclusives, etc.).

Interestingly, no film received a unanimous vote from the five co-hosts on Plato’s Cave; however two films received four votes each: THE CLOCK and PARASITE. Both of these films also appear on my individual list.

So what other films did I choose? Detailed below are my Top 10 Films of 2019 (up to December releases), listed in alphabetical order (much to the chagrin of my co-host, Paul Anthony Nelson) who really wanted ranked lists to break ties. Apologies, Paul, my brain would have exploded…

APOLLO 11
A bonafide marvel of documentary filmmaking and archival assemblage that pitch-perfectly captures the zeitgeist of the Moon landing event, without the need for narration or unnecessary exposition. Weep-worthy.

THE CLOCK
24 hours of timepiece footage, in real time, from 100 years of cinema around the world screened in ACMI’s gallery space – what’s not to love? Both a wondrous celebration of screen art and a cunning play on our temporal existence. An experience to lose yourself in.

EIGHTH GRADE
Comedian-musician-poet and now filmmaker, Bo Burnham, jumps out of the gates with this unassuming little stunner that magically captures the awkwardness of being a girl and being 13. Massive props to Elsie Fisher who is the heart of the film.

THE GUILTY
A gritty and rollicking Danish thriller, ostensibly taking place in the one room, proves that all you need is a good story and solid performers to make a truly excellent film. Essential viewing for all wannabe filmmakers (and lovers of Nordic Noir).

THE IRISHMAN
Just when you thought you knew what to expect from a Martin Scorsese gangster film, this one comes along. Proof of Scorsese’s genius (if there was ever a doubt), as well as his command over tone and performance. Joe Pesci steals the show.

JOHN WICK: CHAPTER THREE – PARABELLUM
The most fun to be had in a cinema in 2019! John Wick’s filmic legacy just gets richer, more visceral and more beautiful. Takes fight sequences to even higher balletic standards, and turns horses and books into weaponry. Amazing.

JOKER
Balls-to-the-wall ballsiness – how this film managed to get made, we’ll never know. But we should be grateful because we need it. All hail Todd Phillips!

MID 90S
Actor Jonah Hill’s writing and directing debut is really something else. A skateboarding ride back into the 1990s, with a killer soundtrack by Trent Reznor and Atticus Ross, and magnificent performances from predominantly non-actors that will have you crying with both laughter and pathos.

PARASITE
Filmmaker Bong Joon-ho returns to South Korea (yay!) to deliver this incredible, incendiary comment on class division. Lots of Bong-at-his-best moments – beautifully directed ensemble cast, delicate balance of humour and drama, and a conclusion that will leave you reeling.

It was International Women’s Day on 8th March 2019.

Programming and Content Manager at Triple R, Bec Hornsby, asked Cerise Howard and I from Plato’s Cave, and Megan McKeough from Zero-G, to talk about anything we wanted to talk about. So we chatted about women in film and we introduced our hour-long broadcast with the Duran Duran song, ‘Girls on Film’ (my personal highlight of the show).

One of the things we discussed was early women filmmakers, which meant the subject of Alice Guy-Blaché came up – one of (if not) the most criminally forgotten people in cinema. In talking about Alice, we were able to determine that cinema is not an industry that is new to female practitioners; it is one that was built by female practitioners. Somewhere along the way, the money men pushed the women out.

You can listen back to our broadcast here, and you can also find out more about Alice Guy-Blaché in a documentary that seeks to right a wrong, Be Natural: The Untold Story of Alice Guy-Blaché.

We owe a lot to Alice Guy-Blaché. Worship her. 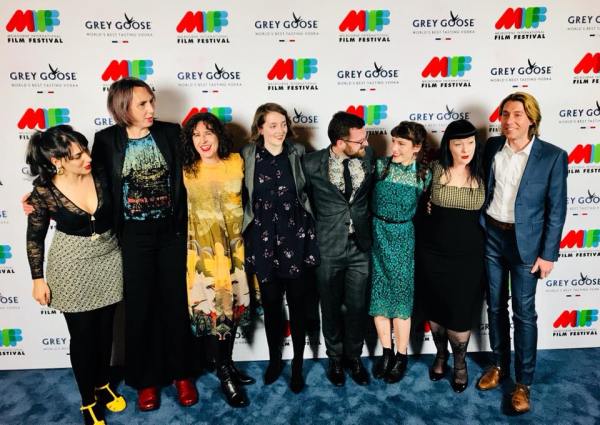 A reminder to everyone that the Melbourne International Film Festival is now in top gear, and the Plato’s Cave crew on Triple R is spending hours upon hours across the next two and a bit weeks in darkened cinemas to bring you the best festival coverage in town.

When asked by Frankie to create a listicle on Five Laugh-Inducing B-Grade Horror Movies to promote Triple R’s 2017 Radiothon, I don’t think they expected my utter admiration for films others may see in another light.

But I’m pleased that Frankie’s assistant editor Mia Timpano allowed me to put my particular bent on this list and write what I’m not-so secretly calling ‘Five Legendary B-Brilliant Horror Movies’. I have nothing but utter respect for these beautiful cinematic specimens, as you can read below…

This Monday 7th August at 7pm, our radio show Plato’s Cave will be transported from the Triple R studio to one of my favourite Melbourne spaces, Forum Theatre (or MIFF Festival Lounge), where we’ll be broadcasting live in front of a film-hungry audience on flicks at the 2017 Melbourne International Film Festival (MIFF).

Since Thomas Caldwell will be assuming his own MIFF duties, joining the all-star (?) lineup of Cerise, Alex and I will be original Plato’s Caver, Tara Judah, flying all the way from the United Kingdom for the privilege. She’s a good egg.

We are not the only ones from Triple R broadcasting from the MIFF Festival Lounge. Things will be kicking off at 4pm with Fee-B-Squared and Maps going live-to-air with a number of guests, including the legendary Steve Kilbey from The Church.

Come along, nab a booth and a beverage, and hear some good radio, including us PC gals gabbing on like a foursome of witches drinking cups of tea (thanks to Alex for the featured image). Admission is free.