Cinema Nova in Melbourne generously allowed me to indulge in another one of my loves: gothic cinema.

Specifically, they invited me to write a piece for the cinema’s Novadose magazine titled ‘Going Full Goth: Filmmakers Turn to the Dark-Side’ with a special focus on the brilliant debut from William Oldroyd, Lady Macbeth.

While this article is only available in the Issue #11 (July-September 2017) print version of the magazine (see feature image), I have included the text below for your reading pleasure… 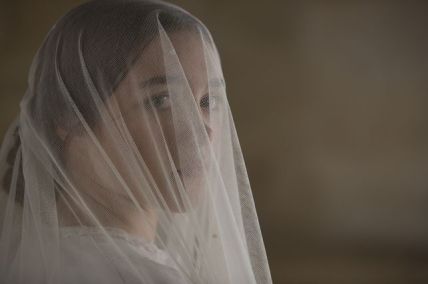 Gothic is the stuff of wonder and dread, beauty and decrepitude, make-believe and reality. It is the collision of these extremes that makes gothic cinema such fertile storytelling, a cross-genre intersection that veers from horror to fantasy to thriller and everything that bubbles up in-between.

A slew of 2017 releases – including Tasmanian-born filmmaker Damien Power’s gut-punching debut, Killing Ground; Sofia Coppola’s Cannes-winning remake of Don Siegel’s Clint Eastwood-starrer from 1971, The Beguiled; and J.A. Bayona’s shadowy fairytale follow-up to The Orphanage (2007), A Monster Calls – demonstrates that good goth comes in many guises, including Australian and American gothic. All embody aspects of “the entrapped self” that Michael Newton from The Guardian pinpoints as “so vital to gothic” with a festering wound of repressed lust, anger, jealousy and guilt.

Revered as the incubator of goth, Victorian England saw writers such as Ann Radcliffe and Horace Walpole (followed by Mary Shelley and her legendary Modern Prometheus, Frankenstein, 1818) give voice to a more malevolent literary tradition that dove into the murky depths of the human soul. Their writings attracted readers in droves.

Since those auspicious times, gothic has branched from the literary into other modes of storytelling and found asylum in many different ethnicities and eras, even rearing its supernatural head in television (think Buffy the Vampire Slayer). No longer is gothic relegated to lurking in gloomy castles or foreboding homesteads on misty moors, although such a pure form of gothic still offers much grist for the mill, as evidenced by another 2017 release, William Oldroyd’s stunning debut, Lady Macbeth.

Bearing no relation to its Shakespearean namesake, except by way of behavioural traits, Lady Macbeth pulls on the corsetry and takes us to a most impressively repressed 19th Century rural England where a young woman, Katherine (the charismatic Florence Pugh) is sold into marriage to a domineering and oily middle-aged man. In a pointed display of gothic repression, he keeps her cloistered within the house – even though she expresses a love for the outdoors – and she sinks into boredom within the hard surfaces of her well-to-do home. Just as a clock ominously breaks the silence with its ticking, she is a time bomb of feverish desire that explodes when she meets the insolent farm worker Sebastian (Cosmo Jarvis).

Good goth does not come without victims, and Lady Macbeth serves up its fair share. Even then, the film’s adult victims are complex characters presenting varying degrees of malice and ill intent, making it a perfect gothic specimen where no person is beyond reproach. Lust, anger, jealousy and guilt are all played out in equal measures and with suitably diabolical consequences. The duplexity of the characters, muddy sexual interludes and dour English setting could be likened to the film Straw Dogs (Sam Peckinpah, 1971) or even D.H. Lawrence’s controversial novel from 1928, Lady Chatterley’s Lover.

As Michael Newman observes, “In gothic, the Victorians are our necessary other, embodying all we reject, all that we hope we are not. The place of repression is the place of sex, summoned up by its opposite.” Lady Macbeth is all this and more, right through to the abject silence of its end credits, punctuated only by the sweet tweeting of birds.